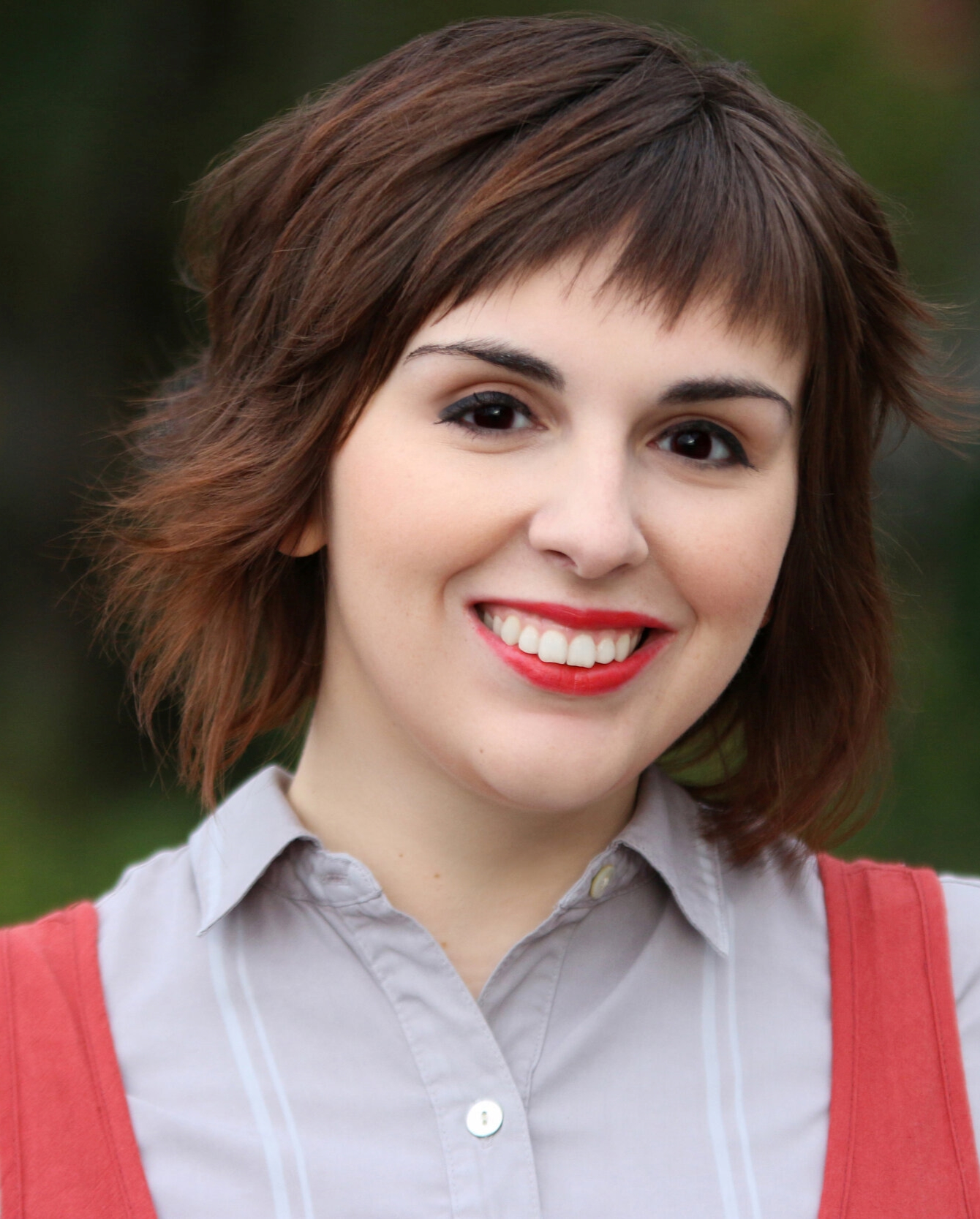 Actor Bree Klauser is most recognizable for her role on the Apple TV series, See, but beyond the screen she’s also blazing trails as a voiceover artist, singer, comedian, and advocate for disabled people as well as for the LGBTQ+ community. With a lead part in the Audible original series, Phreaks, and an appearance in a MasterCard commercial as well, her perspective as a legally blind performer benefits from a breadth of experience in an industry where “...fear speaks louder than curiosity.”

Consequently, Klauser’s success in the entertainment world has been an uphill battle.

There have been inaccessible virtual callbacks, scripts delivered in barely decipherable font, and a Casting Director who saw nothing but barriers in her way. Then there are the advantages granted to sighted actors, who can now read their lines from a screen rather than memorizing them and can more easily maneuver digital platforms. But Klauser expresses optimism that "there is a lot more perceived opportunity than there ever was before. And I'm hearing less and less like, oh, we can't find talent or whatever. I think because we've moved to this kind of remote world people are willing to look further and wider.”

Her work as one of only two legally blind actors on the first season of See was especially empowering.  The series imagines a post-apocalyptic future in which sight doesn’t exist. All the actors experimented with movement and echolocation as they performed within a wholly auditory and tactile universe. It was finally a role that didn’t fall into the usual tropes of a jaded, resentful character defined only by their disability.

At one point in the filming, Klauser shot a scene in which she and her fellow actors were directed to run full tilt down a steep mountainside. During a fumbling first take, she had the insight, "If these [characters] have never been outside their village and they can't see at all, they're going to proceed with some trepidation, because they have no idea of what the terrain ahead of them could be.”

After informing the director, who shifted his approach, Klauser relished, "And you know, I had the executive power in that moment, because of what I was bringing to the truth of this world, to make [fellow actor] Jason Mamoa slow down.”

With influence like that, Klauser’s work transcends into advocacy, pushing perceptions of disability toward that of an asset rather than a liability. And the place where her visual experience intersects with gender fluidity adds even further dimension to her distinct voice as an actor.

“Authentic representation is so important. “Not only does it make the storytelling better, but it also becomes a better experience for the audience, because we watch theater and movies and television and listen to music, and everything is based out of the Greek concept of catharsis. And part of that is seeing people go through human experiences and being like, ‘Oh yeah, I go through that.’”

As she brings her whole self to the craft, Klauser is paving the way for disabled folks to be celebrated on screen in the vastness of their humanity. She’s ready for entertainment that represents the whole spectrum of what it means to be human and she’s confident that the majority of her audience is, too. While still lamenting the persistence of old stories “...about someone losing their sight and becoming resigned or resentful or someone becoming really determined and trying to get back to where they were before,”

Klauser knows all too well that,

“...nobody ever gets back to where they were before. We just have to go forward.”

What's next for Bree? We're delighted to share that, as of March 2022, Bree is now officially the new voice of Mastercard's Touch Card campaign! The Touch Card introduces a system of notches that helps blind and partially sighted customers know whether they are holding their debit, credit, or pre-paid cards. Bree will also be providing disability consulting services for this campaign, working with Mastercard to help develop a commercial script that authentically represents the blind community.

Way to go, Bree! We're excited you're giving a voice to this campaign - and in more ways than one!